We’ve opted for an open and spontaneous approach with this project – floating an idea and seeing where it takes us, following the threads that arise from collective responses. The research trip was directed by the people we met, pointing the way to new encounters with particular places or people. Their interest in the project has in turn shaped our own, bringing different approaches and expertise to flesh out our original ideas. 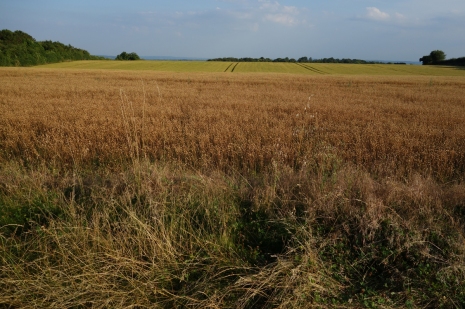 We met some great people, whose enthusiasm and knowledge have helped us explore or resolve some of the big questions that face us. We were able to look at construction of the actual boat, floating different suggestions and even testing out some possible materials in an impromptu living-room experiment. We explored the historical and social background, talking to people about their experiences, consulting local books and historians. We began to immerse ourselves in the space, exploring Langport and its surroundings, sought out community groups in order to know how they would like to engage with the project , and even took a canoe out onto the River Parrett, to explore what will be the final event of this project, the Flatner‘s journey downstream from Langport to Bridgewater.

The journey Some:when has started is vibrant and beautiful. Thank you so much to everyone who has made it a success so far – thanks to Carol, Steph, Josh, Lorraine, Ron, Cara, Hannah, Claire, Alan, Angus, Janet, Caroline, and everybody else who made us feel welcome and inspired.  More updates to follow soon!

This was our first research trip for Some:when – a chance to meet people, learn about the place, connect with the water, track down information about the elusive Flatner, and start piecing together plans for making the boat.

To get to Langport we decided to take the train to Bridgwater and follow the waterways inland, cycling cross-country to get a feel for the watery landscape of the Somerset Moors and Levels.

As far as we could, we followed the River Parrett – tracing in reverse the planned journey of the Flatner. Close as we were to the water, we barely saw it – instead we found ourselves cut off from the river by the high embankments, hemmed in between pumping stations and dusty hedges.

The brief spectacular views of the river showed us a rapidly changing scene, from the mud slicks and buried bicycles of Bridgwater to bucolic, leafy bends, canal boats and herons. Further upstream, we came suddenly on the signs of dredging – long armed diggers perched above smooth-sided, geometrical slopes of clean-scraped mud. A small sign beside a row of riverside houses read ‘Dredge the Rivers’ in vivid red paint. Signs were everywhere: warning signs, planning notifications, road closures, and – scrawled across the road in white spray paint – ‘Flooded To Here’.

The view from Burrow Mump had transformed. We had each been here before, earlier in the year, to see the broad silvery reaches of the Winter floods. I recalled the flocks of wildfowl strung out along field edges, wheeling lapwings, and swans bright against the dark strings of willow. Now two buzzards circled, lazily calling, above hay meadows and lush green fields. We refilled our water bottles at the King Alfred Inn and set off towards our first rendez-vous at the SAW offices in Langport. The road dipped between lush meadows then wound its way into a cluster of steep hills. Gradually we climbed above the floodplain and made our way into Langport.